During a visit to  San Agustín, Huila./ Foto: suministrada


The student came to Popayan from the Autonomous University of Tlaxcala, Mexico , to finish his master thesis in Regional Analysis about the corn seed traditional improving  by the Ixtenco community.

Juan Espinoza is involved in the Masters in Interdisciplinary Studies of Development, offered by the Graduate Studies Center of our alma mater under thetype of internship.

"I am like any other student here", says Juan, " in addition to receiving some classes, I have participated on discussions with classmates and teachers, I express my opinion about the master and about some work from colleagues who have asked me for my contributions”.

At the University of Tlaxcala, Juan met  Professor Juan Luis Alfredo Londoño, who is an associate professor at the University of Cauca.  Professor Londoño had visited the institution to share his experience in the field of agro-ecology.  They shared their points of views and agreed on many aspects, which aroused the interest of Juan in the graduate program offered by Unicauca.

Before returning to Colombia, professor Londoño gave him the documentation about the programs offered by the School of Accounting, Economics and Management and assured Juan that if he wanted to make the process to study the master, he was welcomed at his home in Popayan.

Juan had other options to study his master.  He was considering universities in Colombia, Argentina, Spain, France and England.  But meeting the Professor Luis Alfredo influenced when deciding for the Masters in Development Interdisciplinary Studies at the University of Cauca and then start the process of academic mobility.

The next step was to contact the program coordinator, Javier Tobar Quitacues Bernardo, who helped manage the documentation required to apply to the Scholarship of the National Council for Science and Technology of Mexico, CONACYT. Once accepted into the graduate program and completed the process with CONACYT, Juan traveled with the commitments of delivering the final draft of his thesis and take a similar seminar to the final study at the U of Tlaxcala upon return.
Once in Popayan it was necessary to learn to how to  , which is not very complicated in a city with less than 300,000 inhabitants. It was an advantage that John lived in the house of Professor Luis Alfredo , who rented a room. " To every thing that came out told me : vente going , so off to pay for their services , to greet the friend, visiting the midwife , who was, I said we " recalls the Mexican. 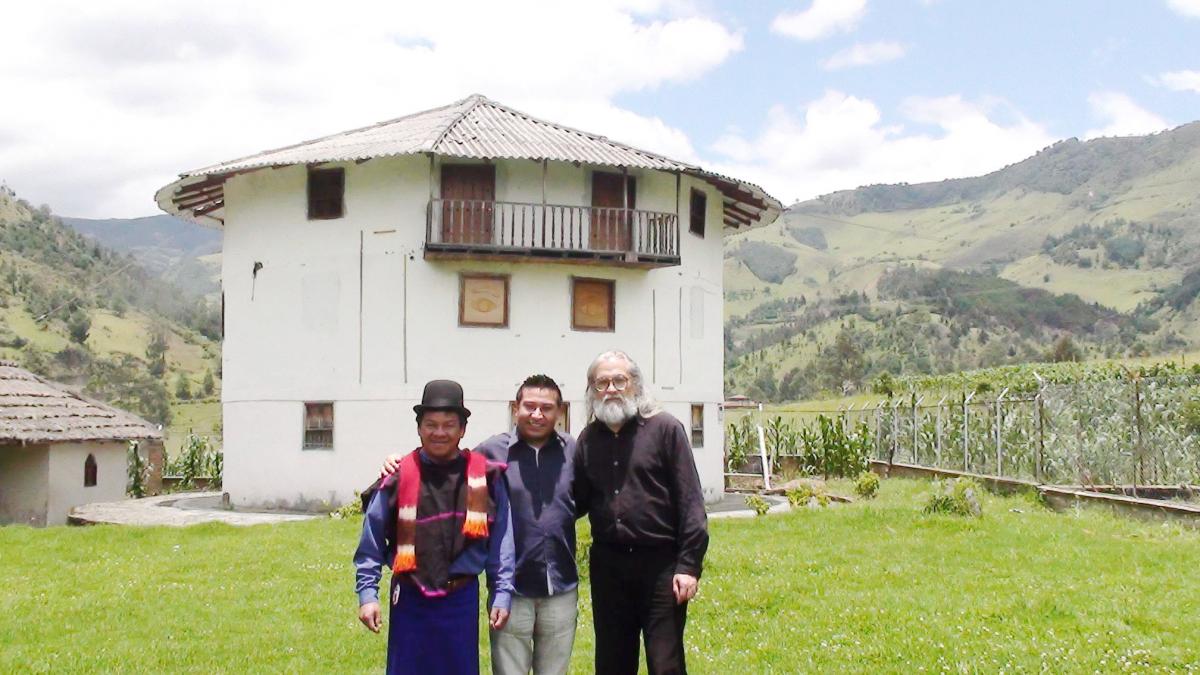 Something that also helped him adapt was to conduct mandatory paperwork such as insurance and student residence permit for six months , efforts that were supported by the Orii , dependence on assuming additional responsibility : to be a sort of " ambassador" University of Tlaxcala , for that institution and the University of Cauca first sign an agreement of academic mobility .

As for academic activities , in addition to taking several seminars , through which he received two theoretical contributions relevant to his thesis , the concept of " primordial form " and the theory of an "actor network " , John has participated voluntarily in the design of an elective and a degree in agroecology , both from the Faculty of Agricultural Sciences . Even given some classes on the topic developed in his thesis.

He has also had the opportunity to travel to cities like Florence Cauca , Puracé , Piedmont , La Vega , Timbío , Puerto Tejada and Quilichao Santander and Huila and Caquetá departments like to share their knowledge with such communities .

With the learning and experiences in Colombia , Juan hopes to bring in their country to create regulations protection Act corn Tlaxcala , which declares the native maize as food heritage tlaxcalteca of that State. Also, you want to continue researching about traditional breeding other types of seeds.